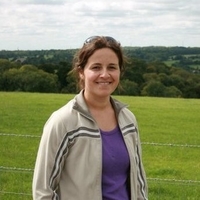 Biography
After finishing a degree in Technical Architecture at the Universidad Politecnica de Madrid with an Erasmus scholarship at the Vitus Bering Polytechnic in Horsens (Denmark), I decided to move to the United Kingdom and pursue a career in Computing, completing a BSc (Hons) on Computing and Intelligent Systems at Oxford Brookes University.

I joined STFC in 2007 as part of the Graduate Scheme and worked as a software developer for the European Grid Infrastructure projects until 2011. I then moved to the newly started JASMIN project as a system administrator. As part of the JASMIN team, and as the deputy manager, I have helped build a system that currently comprises 70 racks, more than 50PB of high performance storage, cloud, HPC cluster and a data centre high-performance network.
Presentations
Women in HPC Poster
(WHPC02) JASMIN: Super Data Cluster for Environmental Data Analysis