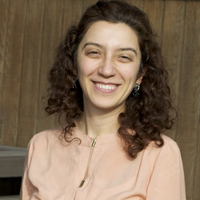 Biography
Didem Unat is an Assistant Professor at the Computer Science and Engineering Department of Koç University, Istanbul, Turkey. She holds a B.S in computer engineering from Boğaziçi University and earned her Ph.D. at the University of California-San Diego. From 2012-2014, she was at the Lawrence Berkeley National Laboratory and worked at the Exascale Combustion Co-design center. She is the recipient of the prestigious Luis Alvarez Fellowship in 2012 at the Berkeley Lab and the Young Scientists Award in 2019 from the Science Academy in Turkey. Her research interest lies primarily in the area of high-performance computing, parallel programming models, runtime systems, compiler analysis, and performance modeling.
Presentations
Focus Session
Monitoring Inter-Thread Communication