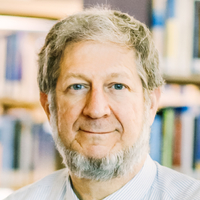 Biography
David Keyes directs the Extreme Computing Research Center at the King Abdullah University of Science and Technology (KAUST), where he was the founding Dean of the Division of Mathematical and Computer Sciences and Engineering in 2009 and currently serves in the Office of the President as Senior Associate for international collaborations and institutional partnerships. He works at the interface between parallel computing and the numerical analysis of PDEs, with a focus on scalable implicit solvers. Newton-Krylov-Schwarz (NKS) and Additive Schwarz Preconditioned Inexact Newton (ASPIN) are methods he helped name and is helping to popularize. Before joining KAUST as a founding dean in 2009, he led multi-institutional scalable solver software projects in the SciDAC and ASCI programs of the US DOE, ran university collaboration programs at LLNL’s ISCR and NASA’s ICASE, and taught at Columbia, Old Dominion, and Yale Universities. He is a Fellow of SIAM, AMS, and AAAS, and has been awarded the ACM Gordon Bell Prize, the IEEE Sidney Fernbach Award, and the SIAM Prize for Distinguished Service to the Profession. He earned a BSE in Aerospace and Mechanical Sciences from Princeton in 1978 and a PhD in Applied Mathematics from Harvard in 1984.
Presentations
HPC in Asia
Status Report from Saudi Arabia