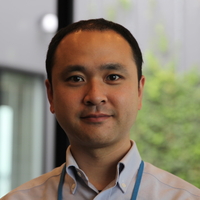 Biography
Dr. Hisashi Yashiro is a senior researcher at the National Institute for Environmental Studies (NIES) in Tsukuba, Japan. He is a member of the project of Greenhouse gases Observing Satellite (GOSAT). He obtained a Ph.D. degree in geophysics (atmospheric science) from Tohoku University. From 2011 to 2019, he was a member of RIKEN R-CCS as a research scientist and worked on the weather/climate modeling and contributed to the large-scale weather simulation on the K computer. He is a core developer of the Nonhydrostatic ICosahedral Atmospheric Model (NICAM), which is a Japanese Next-generation climate model. He is also a member of the FLAGSHIP2020 project in RIKEN R-CCS. He works on the system-application co-design between the computational science of weather/climate domain and the supercomputer Fugaku.
Presentations
Project Poster
(PP14): Advanced Computation and I/O Methods for Earth-System Simulations