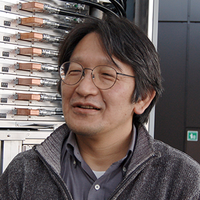 Biography
Mitsuhisa Sato received the M.S. degree and the Ph.D. degree in information science from the University of Tokyo in 1984 and 1990. He was a senior researcher at Electrotechnical Laboratory from 1991 to 1996, and chief of Parallel and distributed system performance laboratory in Real World Computing Partnership, Japan, from 1996 to 2001. Currently, he is a professor of Center for Computational Sciences, University of Tsukuba, and is appointed to a team leader of the programming environment research team in Advanced Institute for Computational Science (AICS), RIKEN since 2010. He has been working as a director of Center for computational sciences, University of Tsukuba from 2007 to 2013. His research interests include computer architecture, compilers and performance evaluation for parallel computer systems, OpenMP and parallel programming. Dr. Sato is a member of IEEE CS and IPSJ, IEICE, JSIAM.
Presentations
HPC in Asia
Update of the Post-K and Japanese HPCI