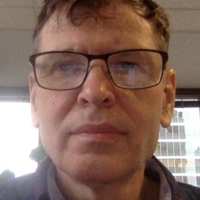 Biography
Mario Szegedy (born October 23, 1960) is a Hungarian-American computer scientist.
Received his Ph.D. in computer science in 1989 from the University of Chicago.
Has worked in Bell Laboratories from 1991 to 1999, in Princeton Institute for Advanced Studies 1999-In 2000 he has become a professor of computer science at Rutgers University, distinguished professor from 2010. He has joined Alibaba Quantum Laboratory in 2018, January.

Research areas include computational complexity theory and quantum computing.
Gödel Prize twice, in 2001 and 2005, for his works on probabilistically checkable proofs
and on the space complexity of approximating the frequency moments in streamed data.
Presentations
Focus Session
Combinatorial Optimization with Quantum Computers