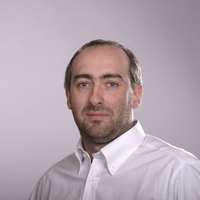 Biography
Mauro Bianco is Computer Scientist and Group Lead in the Scientific Software and Libraries unit at
the Swiss National Supercomputing Centre (CSCS). His work focuses on innovative parallel
programming models, and C++ generic libraries development. He contributed to the Swiss High
Performance and High Productivity Computing (HP2C) in the development of GCL, a generic
infrastructure that implements the communication patterns found in the COSMO weather model to
allow the application to run on massively parallel architectures. He is the original designer of
GridTools, a set of libraries for performance-portable grid applications especially focused on weather
and climate simulations. He is also member of the ISO C++ Standards Committee since 2015. From
2006 to 2010 he was project manager of Standard Template Adaptive Library (STAPL), developed at
Texas A&M University, where he was a post-doctorate associate. STAPL is a C++ generic library that
implements data structures and algorithms for parallel computations and can scale to thousands of
processors. During this time he worked with domain scientists in Nuclear Engineering, Structural
Engineers, Computational Biologists, Geophysicists, and others. He received his Ph.D. from the
department of Information Engineering of University of Padova, Italy, where he and his collaborators
developed FEMS, an open source linear system solver designed for finite element computation and
is written in Fortran90, C, and C++.
Presentations
Workshop
First International Workshop on Legacy Software Refactoring for Performance (REFAC'19)