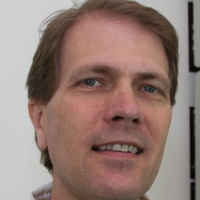 Biography
As Chief Technology Officer (CTO) for Livermore Computing (LC) at Lawrence Livermore National Laboratory (LLNL), Bronis R. de Supinski formulates LLNL's large-scale computing strategy and oversees its implementation. He frequently interacts with supercomputing leaders and oversees many collaborations with industry and academia. Previously, Bronis led several research projects in LLNL's Center for Applied Scientific Computing. He earned his Ph.D. in Computer Science from the University
of Virginia in 1998 and he joined LLNL in July 1998. In addition to his work with LLNL, Bronis is also a Professor of Exascale Computing at Queen's University of Belfast and an Adjunct Associate Professor in the Department of Computer Science and Engineering at Texas A&M University. Throughout his
career, Bronis has won several awards, including the prestigious Gordon Bell Prize in 2005 and 2006, as well as an R&D 100 for his leadership in the development of a novel scalable debugging tool.
Presentations
Birds of a Feather
OpenMP* 5.0 is here: What do I Need to Know About it and What's Coming Next?