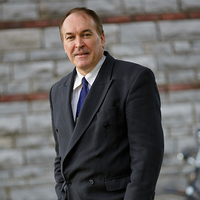 Biography
Prof Peter V. Coveney holds a chair in Physical Chemistry, is an Honorary Professor in Computer Science at University College London, where he is Director of the Centre for Computational Science and is Professor Adjunct at Yale University School of Medicine (USA). He is active in a broad area of interdisciplinary research; condensed matter physics and chemistry, materials science, life and medical sciences, in all of which high performance computing plays a major role. He has led many large scale projects, including the EPSRC RealityGrid e-Science Pilot Project (2001-05) and its extension as a Platform Grant (2005-09); he is PI on several grants from EPSRC and other agencies, including the role of Coordinator of the current H2020 CompBioMed Centre of Excellence (2016-19) and the newly funded H2020 VECMA FET-HPC project (2018-2021). He has been the recipient of international supercomputing awards (from US NSF, DoE, DEISA and PRACE), which provide access to several petascale computers.
Presentations
Focus Session
The Role of High Performance Computing in Biomedicine