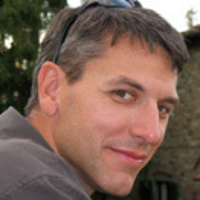 Biography
Addison Snell is the CEO of Intersect360 Research and a veteran of the High Performance Computing industry. He launched the company in 2007 as Tabor Research, a division of Tabor Communications, and served as that company's VP/GM until he and his partner, Christopher Willard, Ph.D., acquired Tabor Research in 2009. During his tenure, Addison has established Intersect360 Research as a premier source of market information, analysis, and consulting. He was named one of 2010's "People to Watch" by HPCwire.
Addison was previously an HPC industry analyst for IDC, where he was well-known among industry stakeholders. Prior to IDC, he gained recognition as a marketing leader and spokesperson for SGI's supercomputing products and strategy. Addison holds a master's degree from the Kellogg School of Management at Northwestern University and a bachelor's degree from the University of Pennsylvania.
Chair of Sessions
Vendor Showdown
Vendor Showdown 01