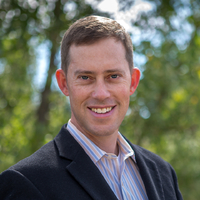 Biography
Ian Colle joined AWS as the General Manager for AWS Batch and HPC in November 2017. Prior to AWS, he served as the Global Director of Software Engineering for the Ceph Storage team at Red Hat. Mr. Colle joined Red Hat in April 2014 via the Inktank acquisition, where he held a similar role. Prior to Inktank, he was the Exascale Storage I/O Program Manager at Intel, which he joined as part of the Whamcloud acquisition. Prior to Whamcloud, Mr. Colle spent several years in a variety of software engineering leadership positions throughout the aerospace industry. Mr. Colle has served in the US Navy and Navy Reserve for over 25 years as an Intelligence Officer and Russian Linguist. He holds a BA Economics from the University of Illinois, MCIS & MTEL from University of Denver, MA Philosophy from Denver Seminary, and MBA from Massachusetts Institute of Technology.
Presentations
Exhibitor Forum
Amazon Web Services: HPC on AWS: Every Workload Accepted