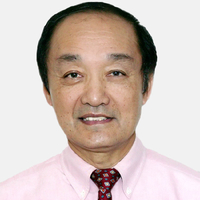 Biography
William M. Tang of Princeton University is Principal Research Physicist at the Princeton Plasma Physics Laboratory [the U.S. Department of Energy (DOE) national laboratory for Plasma Physics and Fusion Energy Research for which he served as Chief Scientist for 12 years (1997-2009) and head of it’s Theory Department (1990-2002)]. His academic appointment is as Lecturer with Rank & Title of Professor in the University’s Dept. of Astrophysical Sciences, Plasma Physics Section for nearly 40 years. He is also a current member of the Executive Board for the University’s interdisciplinary “Princeton Institute for Computational Science and Engineering (PICSciE),” which he helped establish and for which he served as Associate Director for 6 years (2003-2009). He is a Fellow of the American Physical Society and received in October, 2005 the Chinese Institute of Engineers-USA Distinguished Achievement Award “for his outstanding leadership in fusion research and contributions to fundamentals of plasma science.” More recently, he received the "High Performance Computing (HPC) Innovation Excellence Award" from the International Data Corporation (IDC) presented at the international Supercomputing 2013 Conference (SC’13) in Denver, Colorado (November, 2013). He was head of the Basic Science Component of DOE’s Scientific Simulation Initiative (1997-98) which led to the establishment of DOE’s prominent interdisciplinary Scientific Discovery through Advanced Computing (SciDAC) Program from 2000 to the present. Prof. Tang is internationally recognized for expertise in the mathematical formalism as well as associated computational applications dealing with electromagnetic kinetic plasma behavior in complex geometries, and has well over 200 publications with more than 150 peer-reviewed papers with an associated “h-index” or “impact factor” of 45 on the Web of Science, including over 8000 total citations. From 2011 to 2014), he served as the U.S. Principal Investigator (PI) for the G8 Research Council’s “Exascale Computing for Global Scale Issues” Project in Fusion Energy “NuFuSE” [http://www.nu-fuse.com/] -- an international HPC collaboration involving the US (managed by the National Science Foundation (NSF), the United Kingdom (UK), France, Germany, Japan, and Russia – with unique associated access to leading computational facilities in participating countries. Prof. Tang has taught for nearly 40 years at Princeton University and has supervised numerous Ph.D. students, including recipients of the US Presidential Early Career Award for Scientists and Engineers in 2000 and 2005. He is currently the Principal Investigator (PI) of the Intel Parallel Computing Center awarded to the Princeton Institute for Computational Science & Engineering (PICSciE) at Princeton University (May, 2016). More recently, he is PI of the new project on “Accelerated Deep Learning Discovery in Fusion Energy Science” that has been selected as one of the Argonne Leadership Computing Facility Exascale Early Science Projects – “DOE ALCF-21.” In the high-profile Deep Learning/AI topical area, he is one of 3 co-authors on a prominent new paper on “Predicting Tokamak Disruptions Using Deep Learning at Scale” by Julian Kates-Harbeck (Harvard University), Alexey Svyatkovskiy (Princeton University), and William Tang (Princeton University) that is scheduled for publication (May, 2019) in “Nature.”
Presentations
Machine Learning Day
Deep Learning Acceleration of Progress toward Delivery of Fusion Energy