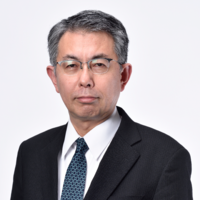 Biography
Yutaka Ishikawa is in charge of developing the Post-K computer.
Ishikawa received PhD degrees in electrical engineering from Keio
University. From 1987 to 2001, he was a member of AIST (former
Electrotechnical Laboratory), METI. From 1993 to 2001, he was the
chief of Parallel and Distributed System Software Laboratory at Real
World Computing Partnership. He led development of cluster system
software called SCore, which was used in several large PC cluster
systems around 2004. From 2002 to 2014, he was a professor at the
University Tokyo. He led the project to design a commodity-based
supercomputer called T2K open supercomputer. As a result, three
universities, Tsukuba, Tokyo, and Kyoto, obtained each supercomputer
based on the specification.
Presentations
Focus Session
Update on Post-K Development

Exascale Systems
HPC Centre Planning and Operations
Back to top