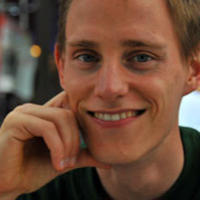 Biography
I did my phd in the group of prof. Michael Hartmann on the theory of superconducting circuits, the same technology platform that powers todays nascent quantum processors from industry giants like Google and IBM. In the course of my research career which led me to places like Heriot-Watt in Scotland, RIKEN in Japan and finally IQOQI in Innsbruck, I continually went up the hardware abstraction ladder and finally became a quantum computing scientist at the Volkswagen Data:Lab. Here at the Data:Lab my responsibilities are to show the potential of early quantum computing technology within the diverse realm of the Volkswagen group. My colleagues and I are preparing Volkswagen for a future where operations are optimised and streamlined by quantum computing.
Presentations
Focus Session
Solving the Binary Paintshop Problem with the Quantum Approximate Optimisation Algorithm