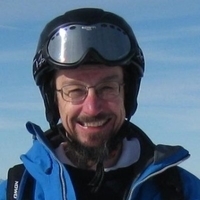 Biography
Jim Cownie is an ACM Distinguished Engineer and Intel Senior Principal Engineer. He has been involved with parallel computing since starting to work for Inmos in 1979. Along the way he owned the profiling chapter in the MPI-1 standard and has worked on parallel debuggers and OpenMP implementations.
Presentations
Birds of a Feather
OpenMP* 5.0 is here: What do I Need to Know About it and What's Coming Next?