LocationPanorama 3
DescriptionSince its creation in 1997, the OpenMP API has become the standard programming
model for on-node parallelism in HPC applications and has enabled many
scientific discoveries by making it easy for scientists to exploit the power of
modern computers. The OpenMP API uses directives to augment code written in
C/C++ and Fortran with parallelization, vectorization, and offload instructions
for the compiler.

Version 5.0 of the OpenMP API introduced major enhancements and includes many
powerful parallelization features for modern multi-threaded applications. In
this presentation, we will review the major additions for multi-threading and
support of heterogeneous programming. We will then provide an overview of the
features planned for future OpenMP versions and how the OpenMP API can provide a
directive-based yet powerful parallelization paradigm in the Exascale era.
Speaker 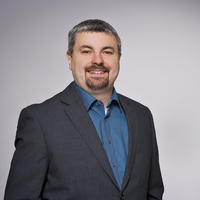