LocationPanorama 2
DescriptionIt’s hard to believe, but it is quite possible that the first declaration of success in the quest for exaflops will be in less than two years. This 16th closing ISC Keynote will capture the final sprint to this self-declared milestone. And yet even as it is approached, so many other aspects of the HPC field are pushing for the dominance of center stage. Linpack endures. But a growing appreciation that Rmax is not the measure of all things is expressed by new driver applications such as various forms of Machine Learning and as quantum computing garners massive amounts of international funding in support of extreme (sometimes exponential) claims. But the community will argue when exascale is achieved until Rmax of 1 Exaflops is reached and verified. And then it may be wondered: “for what?”. Because progress in performance, energy efficiency, size, cost, and user productivity must be measurably pursued, there is no stopping unless we’re forced to. Has the field already been conceded to the Chinese? Is Japan right and the race is for Graph-500 and ML, not HPL. Is the European new energy for the hardware market share the next metric of accomplishment? Is this the next ARMs race? Ultimately, when does the entire concept of von Neumann cores become obsolete? Surely, we don’t want another Roadrunner or Aurora. This fast-paced presentation will punch through the barriers to progress. Is risk-adverse the riskiest strategy? Is past success the path to future failure? Let’s get at it!
Speaker 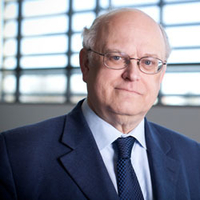